Determining fault isn’t just about apportioning blame – the financial impact can be serious.

In the moments immediately after a car accident it can often seem glaringly obvious to those involved who was to blame, but from an insurer’s point of view, agreeing who was at fault is rarely that cut and dried.

The back-and-forth between insurers to determine liability begins in the aftermath of an accident and can still be in dispute many months later. Why? If you have comprehensive insurance your policy covers your repairs regardless, so does it even matter? 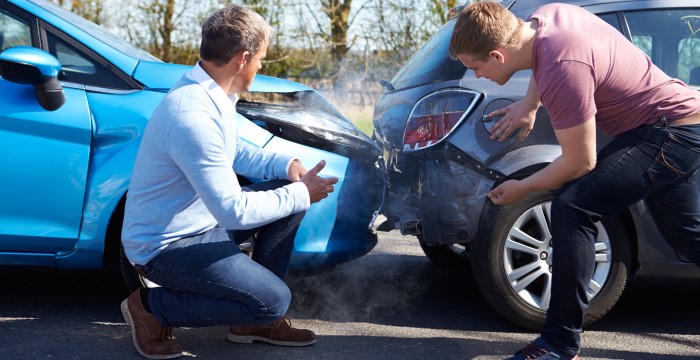 The fact is, both you and your insurer could be affected financially if the fault is laid at your door, so it’s useful to know how liability is decided and how you can help them reach the right decision for a non-fault accident.

What does an “at-fault” claim mean to your insurer

Claims are usually classified simply as “at-fault” or “non-fault”. The insurer who pays for any third party costs, as well as their own policyholder’s repairs would be treated as an at fault claim.

If you are considered at fault for an accident or loss, your insurer won’t be able to recover their costs if they’ve paid for your repairs.

Not only that, the third party or their insurer will probably claim back their own costs from your insurance company. These costs may not be limited to car repairs – think of vehicle recovery, garaging, car hire, policy excess, personal injury, lost income etc. The bill to your insurer could run into many thousands of pounds.

How an “at-fault” claim could affect you

You can expect an at-fault claim to affect you financially in three potential ways.

This is the element of a claim that you pay for yourself. In a non-fault accident you can usually claim back the cost from the other driver’s insurer, but this won’t be possible if you are at fault.

If your insurer can’t claim back their costs, your at-fault status means you’ll lose some or all of your NCD (unless you protected it with an optional fee when you took out the policy). This may make your insurance premiums more expensive.

At-fault claims can make you seem like a higher risk to an insurer, so your annual premiums may increase.

How is liability decided?

The claims handlers at both insurers will try to build up a picture of the accident with evidence to support their policyholder’s version of events. Where the drivers’ stories are disputed, the quality of that evidence can help to resolve differences and determine liability. 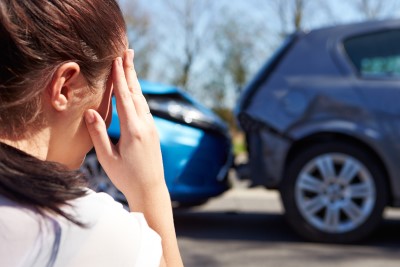 The level of detail you provide is important as this can help your insurer fight your corner to deny liability.

What happens if no one agrees to accept liability?

You may feel very strongly that you weren’t to blame for an accident, however it can be hard to prove.

Insurance companies usually try to negotiate a settlement between themselves, even if that means they sometimes accept some fault in disputed cases.

In more complex cases a specialist claims investigators may be appointed to follow up witness, medical or police reports, examine the scene of an accident and generally carry out detailed investigations to help determine liability.

Could your claim end up in court?

Few disputed insurance claims end up in the courts. Taking a case to court is the last resort because of the legal costs involved; the financial outlay might easily exceed the worth of the claim and there’s no guarantee of success. Your insurer will consider very carefully what the likely outcome might be before taking this route.

What happens if neither side can produce conclusive evidence of blame and court action isn’t a viable route for resolution?

In such situations, insurance companies often decide to compromise and settle costs on a 50/50 basis. Unfortunately claims settled in this way can result in an at-fault claim on your record.

This might seem unfair, especially when you face increased premiums for having an at-fault claim on your record. This emphasises the need to give your insurer as much evidence as you can in the early stages of a claim to help them deny liability.

Keep in regular touch with your insurer to find out how the case is going.

Can your insurer settle a claim against your wishes?

No matter how adamant you are that you weren’t to blame for an accident, the terms and conditions of most insurance policies allow an insurer to settle a claim without your permission.

Objecting to an at-fault settlement 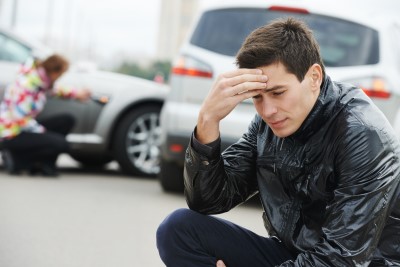 If you feel that your insurer hasn’t worked hard enough to deny liability, or you think their decision is unfair, you can complain to the Financial Ombudsman Service. It isn’t their role to investigate the accident all over again, but they will look carefully at the insurer’s decision and make sure it was reasonable, given all the available evidence.

Even if the Ombudsman thinks the claim was settled fairly, they could instruct your insurer to pay compensation if they think you’ve had poor service.

Claims where the other driver wasn’t insured

Sadly, too many drivers break the law and fail to take out car insurance. If you are involved in an accident with an uninsured driver there’s no insurer from which your own insurer can reclaim its costs. Unfair as it may seem, this situation will usually be logged as a “at-fault” claim.

Claims where your car has been vandalised

Acts of vandalism are often treated as an at-fault claim because in most cases, the vandal is unknown – there’s no one whom your insurer can recover costs from.

When a pragmatic attitude is best

Unless the circumstances of an accident are clear-cut, it’s often best to take a pragmatic view of the claims process where liability is concerned.

It’s in your insurance company’s own interests, as well as yours, to present a solid argument for a non-fault settlement. You can be sure they’ll work as hard as they can to secure this result. The fact remains, without compelling evidence, this isn’t always possible.

Get a quote if you’re a driver with previous claims. Can we save you money?