Home > Blog > Car Insurance Fronting – What You Need To Know

Car Insurance Fronting – What You Need To Know 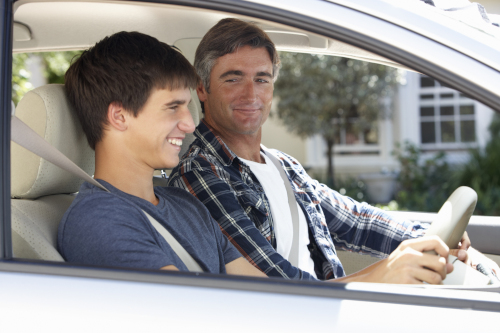 Fronting happens when a more experienced driver – usually someone older, such as a parent – takes out a car insurance policy on behalf of a less experienced or higher risk driver, and falsely claims they are the main user of the vehicle.

The object of fronting is to get a cheaper premium for new, inexperienced or high-risk drivers.

Fronting is a type of insurance fraud and it’s illegal. Insurance premiums are based on various risk factors, so if a driver isn’t honest about the risk they present, they’re getting cheaper insurance based on false information.

Fronting is often carried out inadvertently by caring parents who don’t know it’s illegal and don’t see the harm in it. Unfortunately, they risk getting a criminal record.

James only passed his test last month; both he and his parents quickly realised that quotes for insuring his first car were very high.

Although neither of his parents were likely to drive James’ car very often, if at all, they knew they could get a much cheaper premium if they took out a policy for James’ car in one of their names instead. They did this, with his father claiming to be the main driver, and added James as a named driver.

His parents thought they’d done the right thing to help their son get cheaper insurance and assumed James would now be adequately insured. But this is incorrect as they have fronted his policy.

Ellie had a run of bad luck and was banned from driving for six months after getting 12 points on her licence. When she started driving again, she found her insurance premium had soared, so she asked her parents to help her out; they were happy to oblige.

With Ellie as a named driver rather than the main driver, the insurance policy was much more affordable; Ellie reimbursed her parents for the cost and thought it was a clever arrangement. This is another example of fronting.

The consequences of car insurance fronting

Firstly there are the criminal consequences of giving false information to an insurer. Fronting cases often go to court, and can result in:

Other consequences relate to your car insurance:

Can you be insured on a car if you are not the main driver, owner or registered keeper?

Most standard insurance policies require the policyholder to be the main driver, owner or registered keeper of the vehicle. However, in some circumstances, you might want to be insured to drive a car even when you don’t fit into any of these categories:

You have a few options here. You could be added as a named driver to the registered keeper’s existing policy, or you could buy a short-term insurance policy in your own name, as long as you declare that you are not the owner or registered keeper of the vehicle.

If you already have comprehensive insurance on your own vehicle, your policy may cover you to drive other people’s cars. It is important to check with your insurer if you have this feature on your policy before driving someone else’s vehicle. If included, the cover is likely to be limited to third party only, though, so bear this in mind.

How can I reduce the cost of my car insurance?

Hopefully we’ve dispelled any notions that fronting is good idea! There are still lots of options to make your insurance cheaper.

You might find it more difficult to find affordable car insurance after a conviction for fronting. Some insurers may not offer you a quote at all.

Luckily, Complete Cover Group can help. We understand that most cases of fronting arise from a lack of understanding and a sincere desire to help a less experienced driver. We don’t judge, we just use our many years’ experience and our access to specialist insurers to help you find a policy that’s right for you.