Explaining Your No Claims Bonus (NCB)

With discounts of up to 75% on offer from some insurers, your no claims bonus (NCB), or no claims discount (NCD) as it is otherwise known, can make a huge difference to your annual car insurance premium.

So, when it comes to making a claim, renewing your policy or switching to a new insurance provider it’s handy to be armed with all the no claims bonus facts.

Complete Cover Group’s guide explains how no the claims bonus system works, how it is affected when you make a claim, and what to do if you find yourself back down to zero no claims years. 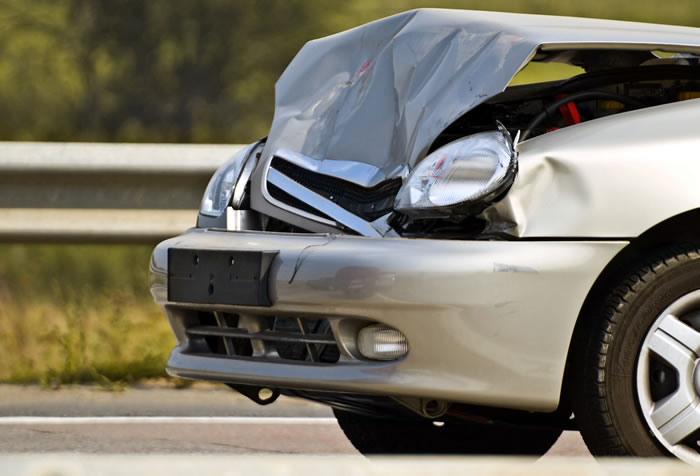 What is a No Claims Bonus?

A no claims bonus is an annual discount on your car insurance premium, based on the number of years you’ve been driving without making a claim. A discount scale is applied for every claim-free insurance year.

The longer you go without making a claim, the less of a risk you are to the insurance provider, so the discount will increase each year until you reach the provider’s maximum limit. This is often set at five years, but can be as much as nine years or more.

NCB can be built up on most types of car insurance; this includes third party, third party fire and theft, and comprehensive policies.

How much discount will I get?

This will depend on your insurance provider, your specific policy, and how many years of no claims discount you’ve accumulated so far. Every insurer will have this information readily available for you.

According to the Association of British Insurers (ABI), you can achieve a no claims discount reduction of up to 30% in your first year. If you manage to build up 5 or more years of NCD, you’ll benefit from significant savings off your premium. The maximum discount offered by some companies can be as much as 70-75%.

Most providers will increase your bonus gradually until you reach the 5-year mark; some will continue to recognise additional claim-free years past this milestone but will cap the discount at 75%, or only increase it by very small amounts each year. 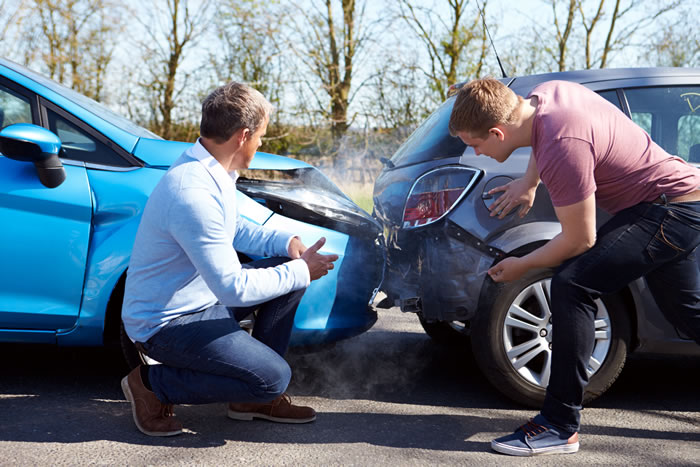 Does your bonus apply to the car or policyholder?

It is attributed to the policyholder, but although you may assume that the NCB is entirely linked to your skills as a driver it actually only applies to a single policy for one vehicle.

Can a NCB be used on two cars?

On a single-car policy, only one NCB is permitted, so it won’t be possible to use it on another car you own. However, if you can wait until your current policy is due for renewal you can ask your insurer whether they offer multi-car policies. A multi-car policy allows you to build up a separate no claims bonus for each vehicle insured on the policy.

Also, if you are buying a second vehicle, whilst theoretically you’ll start from zero, many insurers will offer you an introductory NCD or ‘second car discount’ and if they’re feeling especially generous, they may even match your existing NCD.

What happens when you change cars?

Although your bonus is attributed to a specific policy, it can be transferred to another car if you change vehicles. If you switch insurers before the year is up, however, you won’t get the NCB for that year.

The same is also true if you sell your car and wait for a period of time before finding a replacement. You cannot keep a policy running without a vehicle attached to it so any partial year’s NCD earned will be lost and your NCD proof will be provided with the level you had attained at the last renewal.

Can named drivers build up no claims bonus?

The no claims status of a named driver can sometimes be used to get a discount on their own insurance down the line, but it will often only apply when using the same company the NCB was earned with.

If a named driver has an accident in your car and a claim is made, as the policyholder it will still affect your no claims discount. Keep this in mind if you’re considering adding named drivers to your policy, particularly if they are young or inexperienced.

How will an accident affect my bonus? 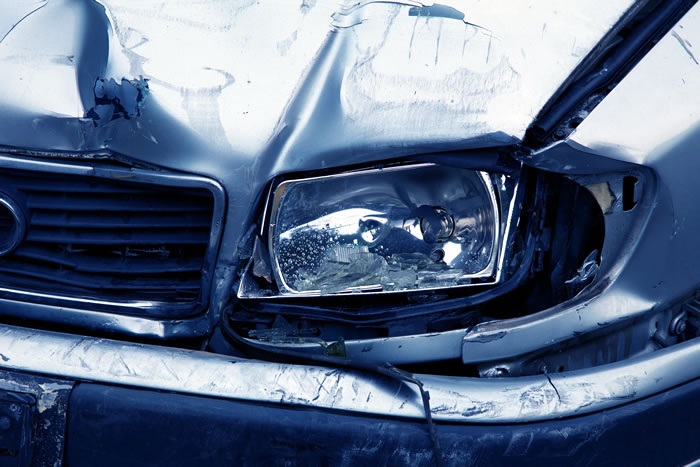 When you make a claim due to an ‘at-fault’ accident, you will either lose some or all of your NCB. Typically, with your first at-fault claim you will lose two years on the discount scale.

Let’s look at an example:

With this in mind, it’s better to pay for small damages yourself where possible so that your NCB remains intact. You should still inform your insurer of accidents, though, even if you don’t make a claim.

If you lose some or all of your NCB due to an accident, but you are later found not to be at fault, you may be able to have your NBC reinstated and get a refund on the extra premium paid. 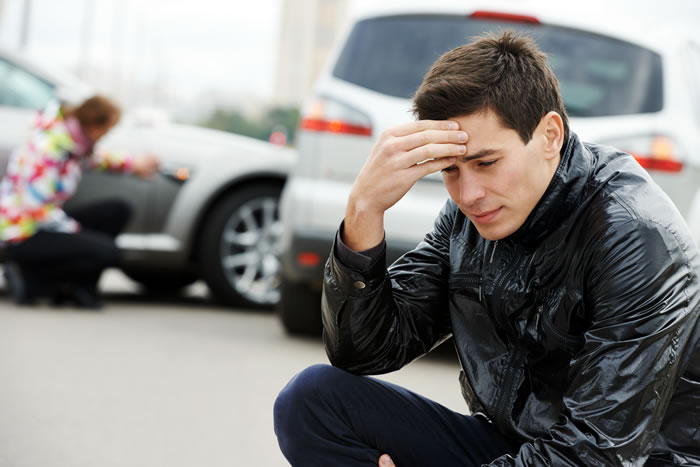 If the costs of your claim can be recovered from a third party (who is found to be at fault), then your NCB should be safe as your insurance company can seek reimbursement from their insurer. If, however, a third party is involved but fault cannot be determined, then the cost is split and both drivers’ NCB is impacted.
If you are hit by an uninsured driver then your provider will not be able to recoup their costs from another insurance company, which means your NCB is at risk, even when you’re not at fault.

If your car is stolen, vandalised or damaged, and determining fault looks to be impossible, again, your no claims bonus is at risk. This includes damage caused by bad weather. Think of it as a No Claims Bonus rather than a No Fault Bonus

Can your No Claims Bonus expire?

The expiry period for an unused no claims bonus is two years after you’ve cancelled your last policy. So if you have taken a break from driving but you don’t want to lose your NCB, you’ll have to take out a new policy within two years to carry on where you left off. If the NCB is not transferred within this time it will expire, and you’ll have to start again from scratch.

Can it be transferred to another insurer?

In short – yes, it can. All you need is proof of no claims from your previous insurance provider. Once the proof is received and accepted, your NCB is transferred over and you keep your hard-earned discount.

Most providers will only accept no claims discount accumulated in the UK, but there are exceptions so it’s always worth enquiring.

Do insurance companies check up on your No Claims Bonus?

Increasingly, insurers and brokers are sharing NCD and Claims data in central databases. If you were tempted to inflate your NCD entitlement or conveniently forget that three or four year old claim when entering your details on line – think again.

In many instances, your NCD or claims history will already have been checked before you even see the quote. It happens in a fraction of a second. Fibbing or being economical with the truth can easily work against you, as many insurance providers will simply not quote if they see too much difference between the information you declare and the information held on the central databases.

Even with access to this shared information, you will still be asked to provide proof of your no claims bonus.

How to get proof of your No Claims Bonus

There are several ways in which you can get hold of proof of your NCB:

Once you have applied for your new policy the insurance provider will give you a time limit, usually between 7-21 days, to get your NCB proof to them. If for some reason the proof does not reach them in time they could cancel the policy or increase your premium to reflect the cost of having zero no claims bonus.

Photocopies of your proof will not always be deemed acceptable, so if you do have to send over the original, make photocopies for yourself just in case. Many insurers will accept proof of NCD issued by your broker, however, a few can be pernickety and want you to get written proof from your previous insurer instead.

Once the proof is sent you should get confirmation of them receiving it within seven days. Never assume they have received it – you could unknowingly be driving uninsured. If time is ticking on and you haven’t heard back, get in touch with them to find out what’s holding things up.

What is a protected No Claims Bonus?

With all these no claims bonus years you’re building up, it’s nice to have some extra peace of mind. To safeguard your precious discount, there’s optional NCB protection.

This involves paying a small fee on top of your car insurance premium, and what it gives you is a safety net should you need to make a claim. With a protected no claims bonus you’re allowed a set number of at-fault claims before the NCB is affected.

If you have protected your NCD, the majority of insurance providers will allow you two claims per year before your bonus is affected; however, some will reduce your NCB on the second claim, so read the conditions set out by your insurance company.

Will a protected NCB prevent my premium increasing after a claim?

Not necessarily. Protecting your no claims discount only safeguards the discount on your premium. The annual premium itself could still go up to reflect your current risk factor and general pricing trends in the insurance industry as a whole. Your insurance provider will use your claims history as a factor to determine your annual premium and then your no claims bonus is applied at the end.

Can I still get insurance with zero No Claims Bonus?

Whilst some drivers out there are reaping the rewards of years’ worth of no claims bonuses, others aren’t as fortunate. As we’ve touched upon, there are several scenarios which could leave you with zero no claims bonus, including at-fault claims, damage due to weather, an accident with an uninsured driver, and so on.

If you’re a young driver especially, having zero no claims bonus can lead to a substantial increase on your premium.

However, don’t lose all hope! Here at Complete Cover Group, we work hard to find affordable insurance for zero no claims bonus. Instead of trawling the internet for a better deal, have a chat with one of our skilled insurance brokers who will use their in-depth knowledge of the market to form a specialist insurance plan that’s entirely tailored to you.

Plus, if you’ve built up no claims bonus from an EU country we’ll shorten your search by finding an insurer that will accept your foreign no claims bonus – so years of careful driving won’t go to waste!

How to Declare a SORN: The Right Way to Take Your Vehicle Off The Road
Car Insurance Jargon Buster
Pothole Wars - How to claim for pothole damage
Courtesy Cars & Car Insurance – Answering Your FAQs