Car Vandalism – 7 Tips to Avoid it Happening to You

Car vandalism is very upsetting – arguably even more so because it’s deliberate. Knowing that someone has intentionally damaged your property, but not knowing who or why, is a disturbing thought.

Was it a neighbour with a grudge? Someone who didn’t like the way you parked? Or just a random passer-by causing trouble? Either way you’re left with the hassle of sorting out the mess, possibly at your own expense.

Car vandalism can include damage caused by:

Some forms of car vandalism are purely cosmetic and depending on the severity, you may choose to repair the damage yourself. In more serious attacks, however, where the costs of repair are significant, you may need to make an insurance claim (if you have comprehensive cover) to help cover the costs. 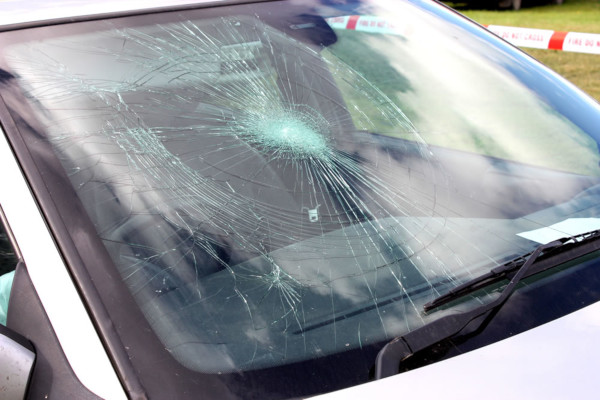 How to prevent vandalism to your vehicle

Although there is no guaranteed way to prevent vandalism to your vehicle, there are various steps you can take to help limit the chances of it happening:

The region with the most reports was London (26,064), accounting for 12% of the total. Conversely, Dyfed-Powys Police reported the lowest (1,566) outside of the capital.

But these are only the reported vandalism crimes and the actual numbers are probably much higher.

For more information on crime prevention, see the Crime and Policing website.

What to do if your car has been vandalised

If you’re the victim of motor vandalism, the first thing you should do is document the incident. Take photographs of the damage, check any CCTV or dash cam footage you might have, and if it happened while parked at your home, ask your neighbours if they witnessed or heard anything unusual.

If your vehicle was parked in a public or business car park covered by CCTV, ask them to review the footage for evidence.

Unfortunately, stretched police resources mean it’s unlikely they’ll launch a full-scale investigation into a one-off incident of car vandalism, but you should still report it by calling the non-emergency number 101. Ask for a crime reference number – if you’re going to make a claim on your insurance, you’ll probably need that.

As for repairing the damage, you might want to assess the cost before deciding whether to make an insurance claim (if you’re covered) or repair it yourself.

Does insurance cover vandalism to your car?

Comprehensive cover will usually cover acts of vandalism to a vehicle, but you should check your insurance documents to be sure.

To make a claim, your insurer will want to know details such as date and time, location, photos or video evidence and a crime number, if you’ve reported it to the police.

If you’re claiming from your insurance company, you will need to pay the policy excess. For minor repairs such as replacing a wing mirror, the excess might be more than the cost of the repair. You don’t have to make a claim if completing the repairs yourself, but you have to notify your insurance company to accurately underwrite your policy.

Will my no claims bonus be affected?

Vandalism is usually classed as an “at-fault” claim by insurers because they can’t recover costs from the unknown vandal, which means you may lose some or all of your no claims bonus if you decide to make a claim. Some insurers now include no claims bonus protection for vandalism damage, so check the details of your policy to see how your claim will be affected.